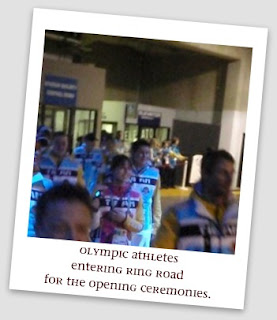 Hi Lelainia! I enjoyed talking about the Olympics today with you and especially loved checking out your Olympics journal and awesome art journals. Thank you for my art book. I will be sewing paper very soon.