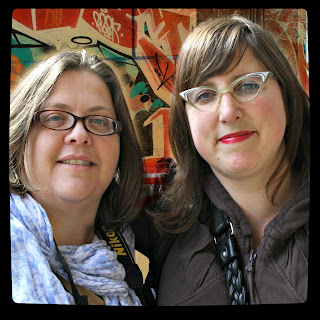 Yesterday I spent the day with these two lovely ladies, Carol & Vivienne, as well as another gal, Diana, downtown at Opus. Vivienne was teaching a free class on double exposures and brought a great assortment of vintage and toy cameras for us to play with. 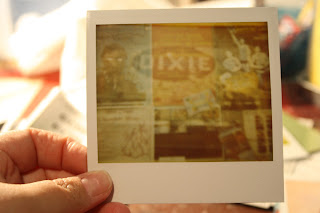 I liked the vintage Polaroid best. There's a way to trick it into creating double exposure, fairly easily and I had fun testing it out. The photo above was my favourite photo of the bunch. 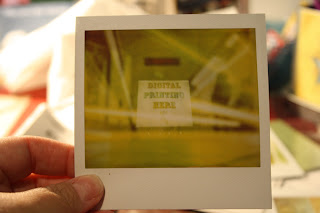 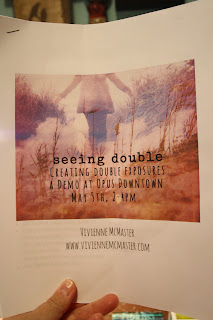 Vivienne had thoughtfully put together a printed PDF for us to take home, so we'll have all the info for future reference. 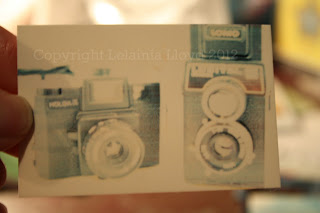 This is an image I shot, using my own camera which is a DSLR. Viv explained how to set it to allow more light in and I shot several photos of her vintage cameras to see how best to capture them. I printed this out at home, using my beloved Pogo Printer, which is also made by Polaroid. The Pogo prints images business card size, with a sticky peel off backing, so you can print something and then slap it down in your journal. I LOVE how this image of the cameras came out all ghosty. 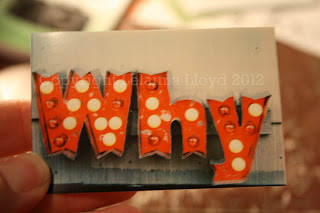 After we left, Carol and I did a super quick shoot of the neighbourhood. I just had to shoot this neon sign. I love old neon.

There's a new benchmark in my world for what a real friend is. A real friend is someone who when you say "Hey, want to go shoot photos in a filthy alley?" They say "YES!" with no hesitation. Carol is just such a friend and I love her for it! I took a ton of graffiti photos, which I look forward to working on this week. I adore graffiti. Funnily enough, when we were leaving Opus, a young guy was at the till buying $239 (on sale!) worth of premium spray paint. I was dying to know where he was going to use it, but I didn't ask. 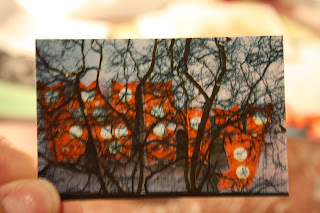 Another cool thing about the Pogo, is that you can create double exposure really easily, simply by reinserting the print and reprinting on it. I layered an image of trees over the "Why" image, so you can see how effectively the Pogo reprints double exposures. 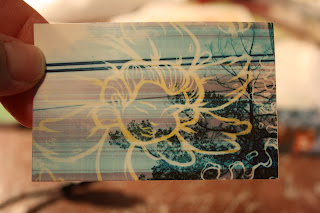 I also learned how to capture "faux" double exposures, by shooting windows and their reflections. This flower was painted on the window at Opus. The trees were the reflection. 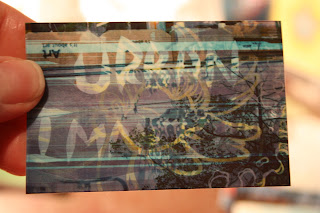 A Pogo triple exposure. I was just playing around and wanted to see if it would develop three times in a row. It did! Not everything can or will turn out fabulous.  It's okay to experiment. Experimenting=learning!

Carol's posted her double exposures on her blog, if you'd like to take a peek.
THANK YOU Vivienne for a great class! Those two hours just flew by and I learned alot. Now I just have to find myself an old Polaroid to play with. I've already put some feelers out to a couple family members I think might have one collecting dust. *fingers crossed*

oooh yah! i need to find some dirty alleys and some friends to go there with! wish we all lived closer. xo