A Funny Thing Happened To Me...

A few weeks ago, I entered a photo contest. The idea was to post a photo that made you think of home and to write a short piece about "Home is...".
So I submitted this photo: 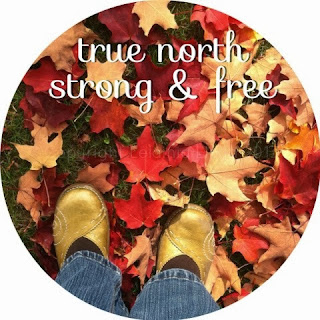 ...and didn't even give it a second thought. A few days later, however, I had an email from the Knowledge Network who was hosting the contest. They said they had a question about the image I submitted, as there was talk that was a copyrighted image. They said it didn't look like a photo that was taken by me, that it had come from somewhere online and could I confirm where the photo was taken? They were concerned that I had just gone to "images" in Google and downloaded it. Yikes!!

To say I was stunned, was an understatement. I have never had someone imply that work I've submitted wasn't mine. So I emailed them back and assured them that the work was indeed mine-the photo is a selfie I shot up at one of the lakes where I often walk Indy, so it doesn't get any more personal than that. In fact, I sent them the link to the blog post where I first shared it.

I also sent them photos of the progression of editing the image and another selfie, this time shot out at UBC with me wearing the same shoes, socks & jeans:

They believed me, thank goodness. I can't imagine someone submitting a stolen photo to a photo contest. That would just be foolish-it's so easy to check something like that out. I told my best friend about the whole thing and she thought it was kind of awesome. I suppose it is, when you think about it-apparently I create real commercial quality images...I think I'll take that as a compliment.

Anyway, the upshot of it all was that last week, I got an email saying I'd been chosen as one of the winners! My prize was two tickets to an advanced screening of Take Me Home which features 36 BC artists, athletes and personalities sharing what home means to them and a reception afterwards.

Last night my husband and I went to the advanced screening and had a great time. The MC, as it turns out, is a fellow Winnipegger. As I was listening to him talk about where he calls home (the North End of Winnipeg) I was smiling and nodding-home is that intimate knowledge of where you come from and the common experiences of that place. I not only heard his words about my hometown, I connected with and deeply understood them.

The series of films for Take Me Home were so beautifully shot. As an artist, I really appreciated the care taken in crafting of each piece. They were all, in their own ways, visually stunning. The people who they chose to feature were incredibly interesting. There were poets, (like my all-time favourite, Shane Koyczan) Paralympians (Josh Dueck and Donovan Tildesley) authors, astrophysicists, hockey players, Olympians, landscape architects, singers/songwriters and more. What I really loved was seeing just who calls British Columbia home. It's so inspiring to know you are surrounded by a community of creatives and dream chasers.

Afterwards, there was a reception, which we attended very briefly. On our way out, we crossed paths with Donovan Tildesley and had a really nice chat with him. We traded business cards and he was amused by my Moo card-he could tell right away, it was different!

If you get the Knowledge Network, I highly recommend watching the 3 part series that premiers November 14th at 7:30 p.m. (PST)

I'll be tuning in. I hope you will too!