Hello again! I know things have been quiet lately. Life stuff, ya know? Add to that we just survived a very long heat wave (ask me how much I hated every second of it) and I haven't been spending much time in the studio. Things have cooled down finally, so here I am.

We had some summer adventures around town before the heatwave hit.
Here's a peek: 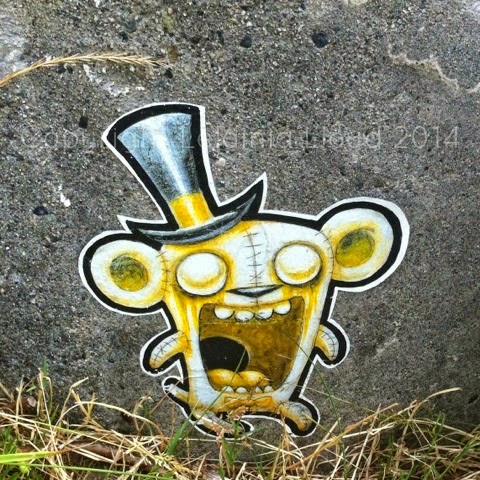 Random graffiti found while walking on the False Creek Seawall. I always have my eyes peeled for little gems like these.

We checked out the Food Cart Fest which is running weekly on Sundays from noon-5 pm in Vancouver. If you're in town, go! There are about 20 or so food carts to choose from. If you're a VanCity member, you can get in free-just flash your bank card. If you're not, no worries-admission is minimal-$2 gets you in. You can get all the details here. 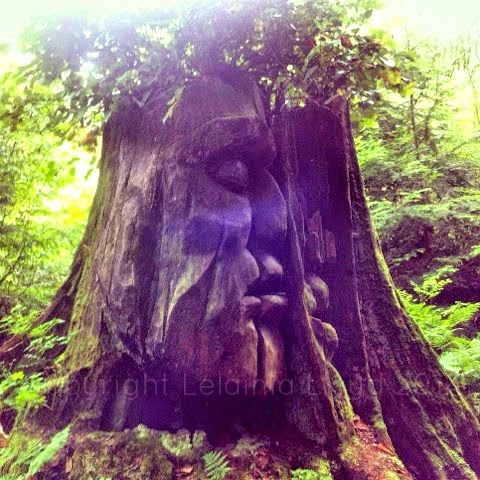 We ventured into the forest at Stanley Park and diverged from the marked path to find Two Spirits nestled amongst the trees. It's been there for over 20 years and this is the first time my husband and I had ever seen it. It's pure magic and one of Stanley Park's best kept secrets. 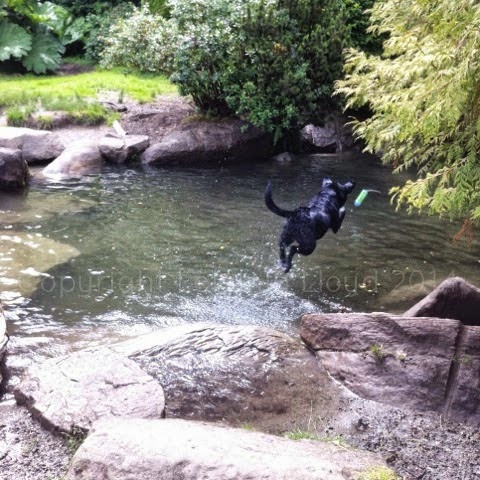 A couple weeks ago, Indy had his first Charleson Park swim this year. I love that I manage to capture him mid-leap! He loves the dog pool there so much. I wish there was one closer to home. Whomever designed this feature in the park is brilliant. My dog thanks you.

In the meantime, I've been prepping for classes and doing some other things that are hush-hush for now. Autumn is going to be crazy busy. The current Health Mentors program will be resuming in September and the 2014-2015 session will also be launching. I've been confirmed to do VIP Transportation Dispatch for the 102nd Grey Cup Festival in November. (For non-Canadians, that's our big national professional football championship.) I had such a great time volunteering at the 99th Grey Cup that as soon as I heard we were hosting the 102nd, I was immediately on board. There are several other things coming up that I am involved in, so my dance card is filling up fast.

Just a quick update for now. Hope your summer is going well!
at 6:00 am

I think it is great to have a dog pond in the park.You are a very busy gal.

Awesome! You found those carvings in the trees! YES! I still need to to do that.

It's been so long since I last visited your blog...and I'm so glad I did! Does look like you are enjoying your summer despite the heat...we've had one of those summers as well and I hate it!! Be back soon!!