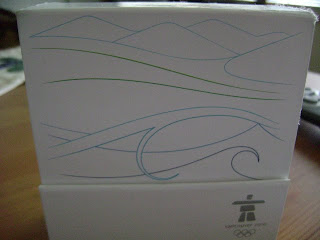 The other day when I arrived at Workforce check-in, I was given this box. 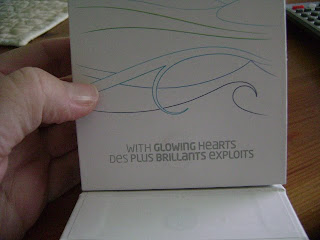 It had the theme of the Games written under the flap. 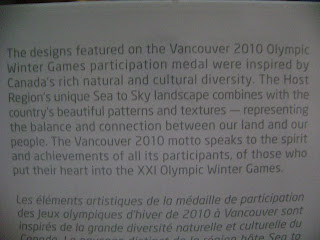 This is what it said inside. 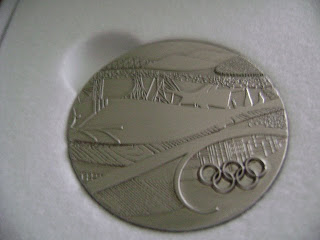 And it held this medallion. This is the front... 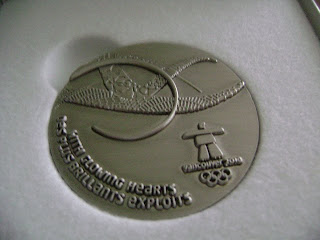 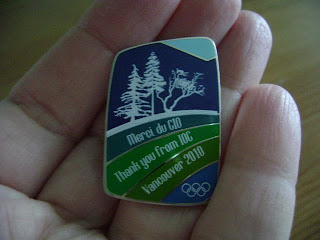 I was also given this pin from the IOC. (International Olympic Committee.) 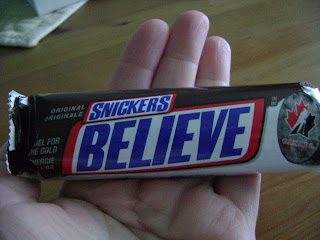 Special Olympic chocolate! "Believe" is the theme of CTV (Canadian Television) which is the host network of the Games. 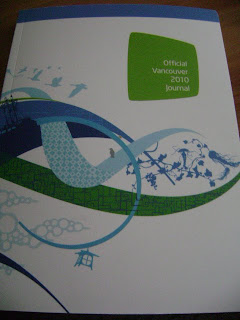 I also got this cool journal. This is the front cover... 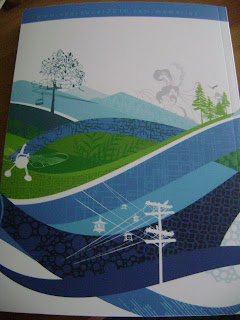 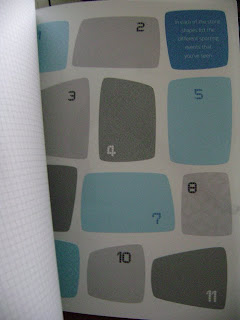 Some pages have journalling prompts... 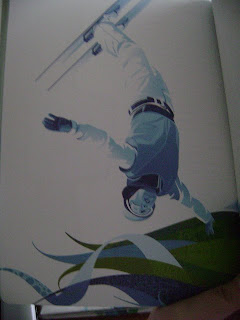 ...some pages have Games graphics on them. Each spread is different. It's really quite nice. 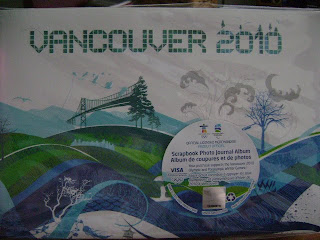 The good stuff just keeps coming! I had a choice between an umbrella or a photo album yesterday. I chose the album. 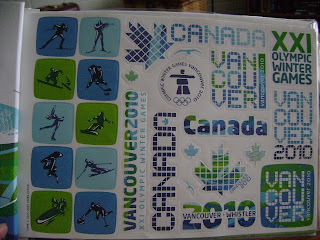 It has a whole page of Olympic stickers inside and the pages for the photos are all in blues and greens. 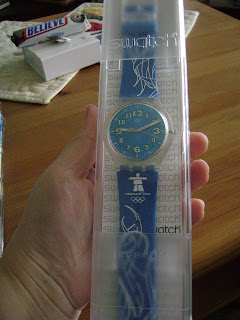 Our final gift for volunteering for the Olympics is a special edition Swatch watch. 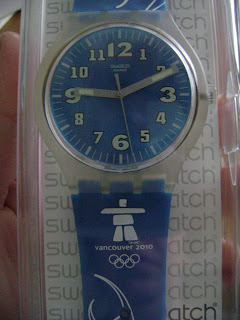 I got mine early because I won't have a bag with me at the ceremonies on Sunday. The face is huge and it glows in the dark.

We've sure been given some fun stuff. I imagine there will be swag for the Paralympics as well. I wonder what that will be?!? We'll just have to wait and see!
at 4:32 pm

That Snickers -- I'd have a hard time not wanting to eat that, but I'd carefully save the wrapper!

The medal is awesome isn't it? The blues and greens in the graphic designs just sing to me. I just saw the green rain ponchos some of the volunteers were wearing. I love them. You have done a wonderful job of reporting from the Olympics, it has been a joy to read your posts. You have gotten some very nice swag indeed, as well as a lifetime remembrance of the whole experience.

WOW! I know you will treasure these forever. Fab gifts for a fab lady!