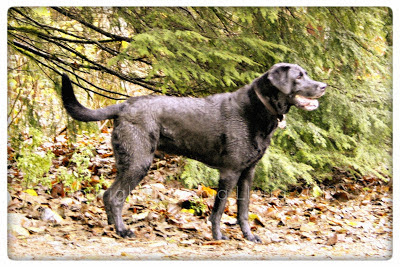 Creating:
Sadly, I haven't been terribly creative the last few weeks. We've been so busy dealing with his and hers medical stuff that I haven't really had time. I am slooooowly working on some more houses like these in collaboration with my friend Lisa in New Zealand. They are coming along.

Reading:
I've been eating books for breakfast again. After suffering through four optic neuritis attacks since February, reading is a luxury I won't ever take for granted again.

The best book I've read recently is It's Not About the Medal by three time Canadian Olympian, Leah Pells. Her story is a beautiful testament to the resiliency of the human spirit. It's heartbreaking in so many ways, but also ever hopeful and definitely inspirational.

I'm diving into The Devil's Elixir by Raymond Khoury now. If you like Dan Brown, (The DaVinci Code) you'd like Khoury's novels. I've read everything both men have written.

Watching:
Bearing Sea: Under the Ice, which is a crazy show. Essentially it's about a bunch of miners in Nome, Alaska who are dredging the Bearing Sea in winter. Every episode is a Russian Roulette game of "who's going to have a brush with death in this week?". On a recent episode, one of the divers was on the bottom of the ocean and suddenly he was asking himself "Why am I smelling smoke?!?" Next thing you know, he's panicking and coughing like crazy because he's having trouble breathing. There was a fire on the surface in his operations tent and the smoke was being sucked down his oxygen line. Nothing like nearly dying of smoke inhalation on the bottom of the ocean! Every week it's something crazy like that. I can't stop watching!

Ice Pilots NWT, which is a favourite. It's one of the best Canadian shows on television. It's about an airline in Yellowknife, Northwest Territories that flies WWII-era planes. The planes are gorgeous and there's always some crazy adventure happening to the crew. The holiday cliff hanger was fantastic!

Listening:
Let Her Go by Passenger. There's something I really love about this song. I think it's the wistfulness of it.

Anticipating:
New projects, new opportunities in the new year. No idea what's around the bend, but I'm ready for it! Bring it on!

Dreaming:
Oddly enough, I am dreaming about spending a day at the movie theatre. I want to see the new Anthony Hopkins film, Hitchcock. I was so amazed when I saw the trailer that I didn't recognize him at all, other than his voice. Whomever did his makeup was brilliant!

I read The Last Templar and liked it a lot.

We're excited to have family visit for Christmas - we like the family - but they'll baby sit so we can go to the movies. We used to go all the time and the last two I've seen are The Girl with the Dragon Tattoo and The Avengers! Skyfall and The Hobbit are on the must list.

Glad you guys are back on the mend and hope you have an awesome holiday!

I just found you through the Love Notes project and I'm so glad I did! Looking forward to following your creative adventures. So happy to hear about your cancer free news. My sister is a 3 year breast cancer survivor. I know what you mean about that term "cancer free."