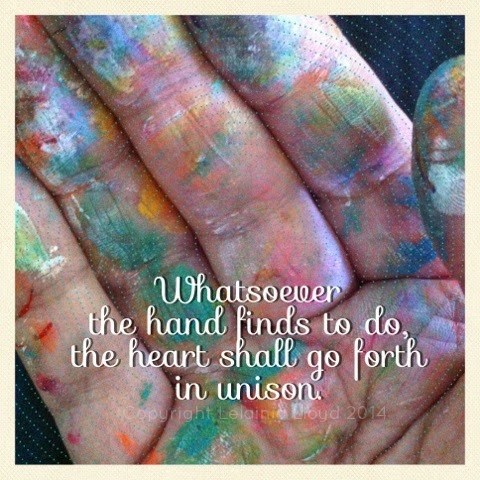 So I wanted to share with you something that happened today.

This morning, I woke up to an email saying that a piece of my art that I'd submitted for publication in a book had been accepted. The funny thing was that initially, it wasn't. When the announcement was made awhile back, my name was not on the list.

Was I disappointed? Not really. I figured that there was a reason, even if I didn't know what it was and I was okay with that. It just wasn't my turn. At the time, I just shrugged my shoulders, was happy for friends whose work was chosen and then forgot about it.

This morning, two months later, the publisher sent me an emailing explaining that they had decided to expand the book to include more artists and they very much wanted to include my work. Sweet!

So why I wanted to share this with you is that I am sure there are those of you out there who might have submitted work to a book, magazine or project and were not chosen. I want to tell you don't give up. It doesn't mean your work isn't good enough or that you're not an artist or any of the million other (negative) things you might be thinking about why it didn't work out.

Sometimes, there are just so many submissions, it's hard to include them all. Sometimes, it's because the art wasn't the right fit for a particular project.
Sometimes, it's someone else's turn.

I'm not saying it's not challenging putting yourself and your work out there-everyone struggles with that because it's a big deal to make yourself vulnerable. But here the thing: if you believe in the art you are making and if it feeds your soul, keep making it and keep submitting it. The art that was just accepted for this book was not chosen for another book. The author of that book chose two other pieces I submitted instead. No big deal! It didn't change how I felt about this piece and it's now found its way into a different book. One door closes and another door opens!

My intention is always tempered with the though of "this or something better" when I send pieces of myself out into the world. I've learned to trust that things will unfold in exactly the way they are meant to. So far, so good.

My wish is that with lots of hard work and a little luck, it will be your turn soon- I'm counting on it!
at 12:40 pm

Wonderful thoughts for all of us to keep in mind. And congrats on the publication. The door opened and it certainly was your turn!