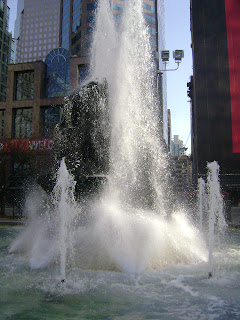 Yesterday, my husband and I headed downtown to have our last official Games related adventure. We'd planned to go early to the Mint pavilion to see the Olympic and Paralympic medals, but when we arrived, a full hour before opening, the line had wrapped itself around the entire building. If you knew how large that library is, you'd appreciate just how long that line up was. As disappointed as I was to have to skip it, I just couldn't justify wasting 3 or more hours standing in line. Life's just too short.

Instead, we walked up the the Vancouver Art Gallery and got into a really short line to see the BC pavilion. The photo above is the pretty fountain at the back of the gallery grounds. 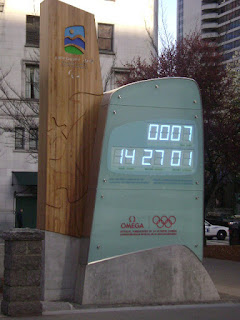 Next to the fountain is the Olympic and Paralympic countdown clock. I figure I'd better get one last photo while I still could. 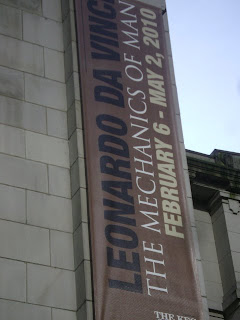 In addition to the BC pavilion, the art gallery also has the Leonardo Da Vinci show on, which I was dying to see. I am a huge "fan" of Da Vinci. 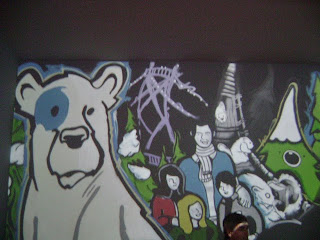 This is some projected wall art in the BC pavilion. 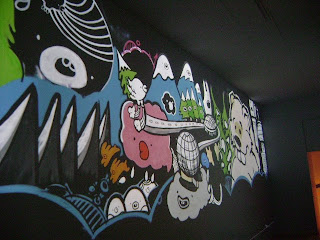 More of the projections. You can see Science World, which was home to Sachi House during the Olympics, as well as the Stadium where the ceremonies were held. The twin peaks are "The Lions", mountain peeks on the north shore. 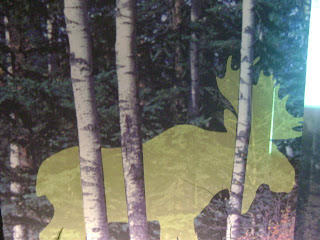 Some more wall art, though this is actually on the wall and not a projection. 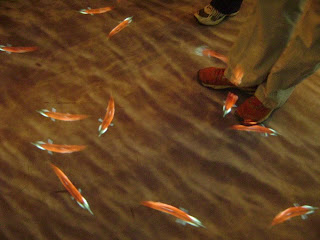 Salmon! These are projected on the floor and when you walk amongst the spawners, they actually swim to avoid being stepped on. 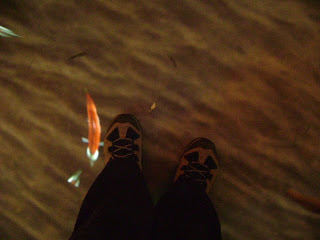 Here's one avoiding my foot. I believe it's the same technology that was used to create the spectacular illusion of whales in the floor during the Opening Ceremonies of the Olympics. *Very* cool! 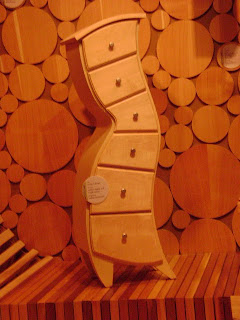 Because BC is known for its forestry industry, the use of wood was a key component to our games. The medal podiums were made from the 6 main types of trees logged in BC. This funky chest reminds me of Dr. Seuss. 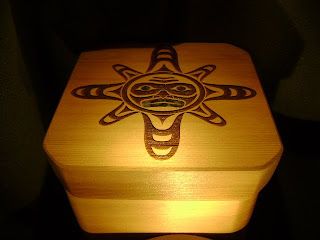 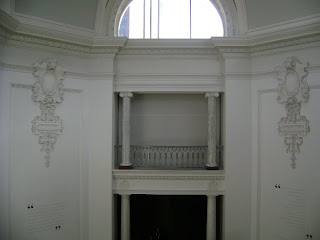 The gallery has beautiful architecture. 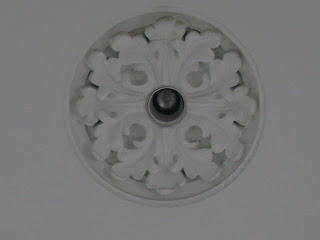 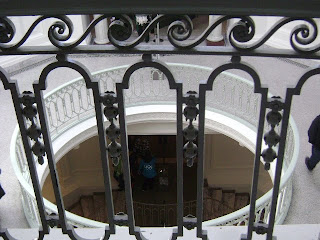 The view of the rotunda from above on the 4th floor.
After we saw the BC pavilion portion of the gallery, we went downstairs to see the Da Vinci exhibit. It was really interesting. There were pages taken from his diaries, suspended between two pains of glass so you could see both side up close. It's amazing to think that he once held these pages in his hands and put pen to paper to record his ideas for posterity. I wonder if he ever dreamed that almost 5 centuries later
his work would still be in existence?

We finished off our day heading into Richmond to shop, which I told you about yesterday. It's hard to believe the games are officially over, as of this evening. I taped the closing ceremonies and will be watching them tomorrow.

I have to say that going into this whole crazy adventure, I never imagined I would be rubbing elbows with athletes, witnessing the ceremonies up close and personal, or carrying the Paralympic Flame and becoming a part of history. It's been a bit surreal (and often exhausting!) at times, but I am so glad I did it. I have a ton of wonderful memories to show for it and the satisfaction of having served my country, my province and most importantly, the athletes of the world. I got to do everything I ever wanted to do at an Olympic games and more. I can definitely cross this off my life list with a big, happy check mark!
at 9:22 pm